I dawned on me over the weekend that I had shared this on Twitter and Facebook, but not on here. 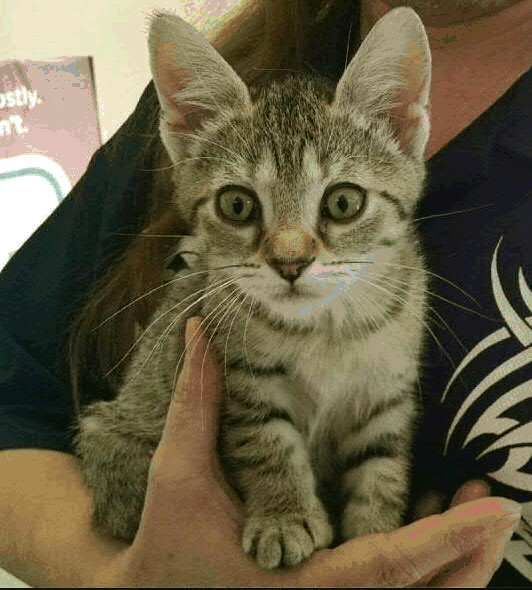 I adopted her on April 25th. She was 12 weeks old at the time. So I’ve had her just over a month. Bruce is slowly (and I mean SLOWLY) warming up to her. He still gets jealous of her and will hiss and growl if she bugs him too much. And she does do exactly that — bug the ever living stew out of him!

However, they do have a few sweet moments where they will groom each other for a few seconds. (before Selina decides it’s play time again and jumps on top of Bruce!) I snapped this pic last night when I saw them laying together peacefully. 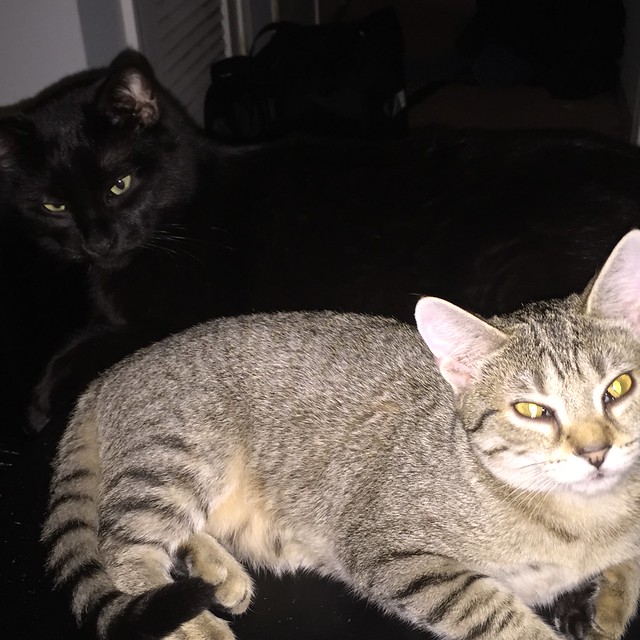 (and almost immediately after this pic was taken, Selina rolled over and started biting and kicking Bruce!)

The only problem so far is that Selina is still a kitten, and hasn’t learned that not all humans keep the same hours that she does. She likes to wake me up at all hours wanting to play. (or just groom my face, which is appreciated, but NOT at 2am!)

They are of course a constant source of entertainment, but with the way they chase, tumble, and gallop around the house, you’d think I had a pack of wild elephants running amok! And when they play, Selina squalls like she’s being ripped apart. (which I always check, and Bruce has been careful not to hurt her … but he does dominate her and will hold her down if she’s being too unruly)

I swear though sometimes it’s like I have a couple of toddlers. They fight over toys and food. Hopefully that’ll change.